No idea what this is for but it's a new look Master Darque that was faxed from Steven Butler (the artist?) to Jim Perham. Could this be related to the unpublished Master Darque books that Perham was planning for 1999/2000? I am not a fan of the art (look at that face on the right) or the costumes. Found this picture of an award that Wizard Magazine issued to Voyager Communications (the parent company of Valiant Comics) to commemorate the fact that Harbinger #1 was rated the #1 collectible comic book. Pretty neat! 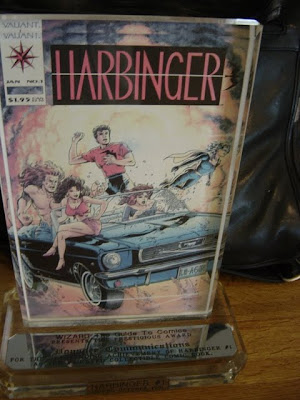 If anyone has a better photo please let me know.
at 1:23 AM 0 comments 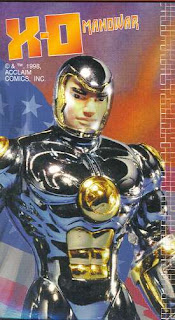 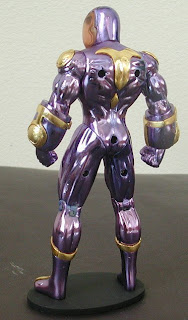 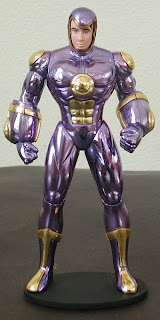 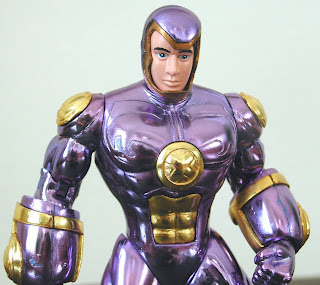 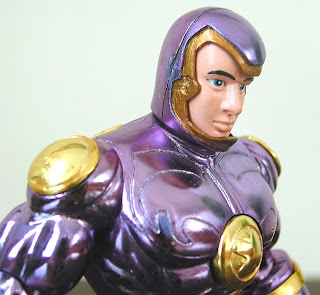 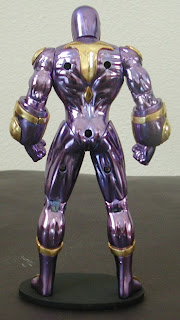 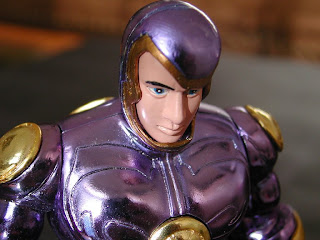 Found this on eBay today. It is the black and white ink art for X-O Manowar #17. Nice cover by Jim Calafiore and Bob Layton. 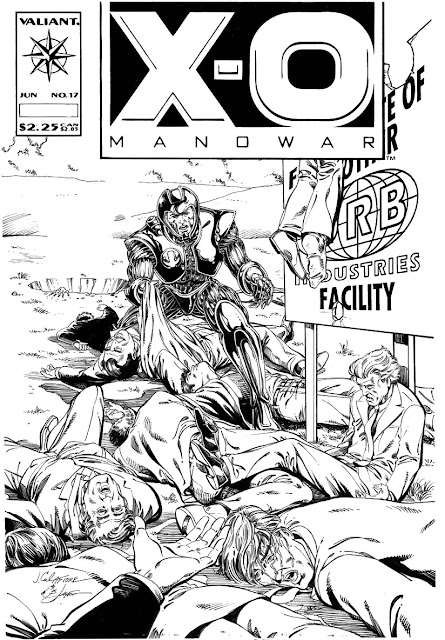 Check out the printed version. 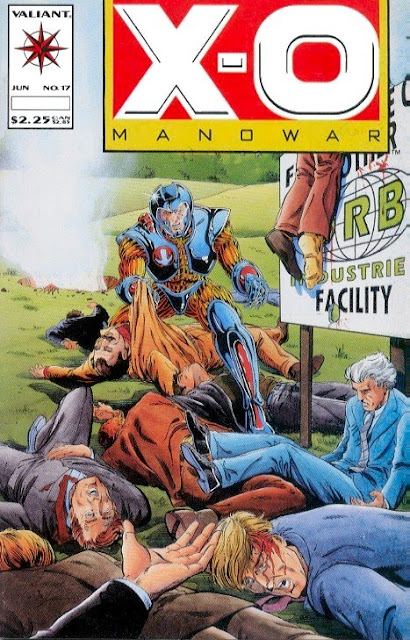 Found the color art for the famous cover of X-O Manowar #0. It's great seeing the cover without the logos and price box. One of Joe Quesada's best works! 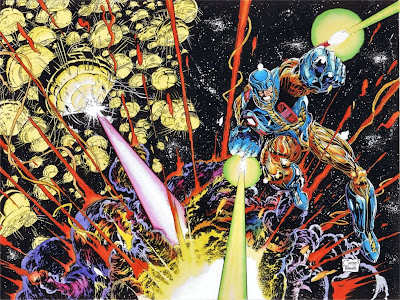 Found these cool Valiant Comics desktop icons.  Not sure how to use them as the instructions are in French but someone went to a lot of trouble putting together 46 icons.  Check out images of a few of them below:

Rai from the Future Force

Solar the Destroyer and Solar: Man of the Atom

Eternal Warrior and Geoff the Geomancer


Check out how cool these icons can look with the right desktop wallpaper: 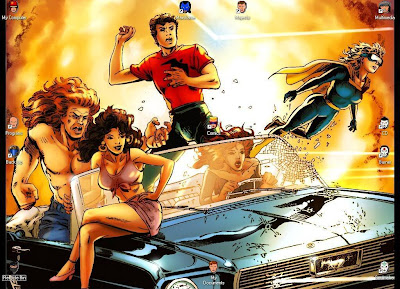 UPDATE: The original site I found these icons on is down (seemingly for good) but the good folks at Valiantfans.com also have the icons. So head over to their page on Valiant Comics computer icons to download them.
UPDATE II: I've recently learned that these computer icons were made by Steven Louie of Brooklyn for the PC. And that Steven submitted them to Valiant, won a Gold logo book and had the story published in the editorial section of the comics!
at 9:23 PM 0 comments

Valiant had a big presence at this years San Diego Comic-Con thanks in large part to the Doctor Solar, Magnus Robot Fighter and Turok, Son of Stone books coming from Dark Horse. Check it out: 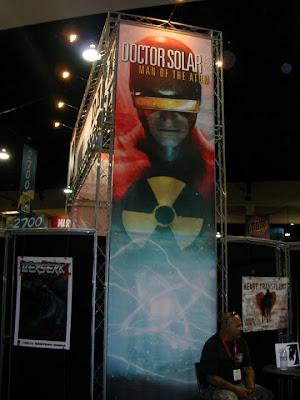 The Dark Horse booth featured a giant Doctor Solar banner that could be seen from pretty much anywhere on the convention center floor. 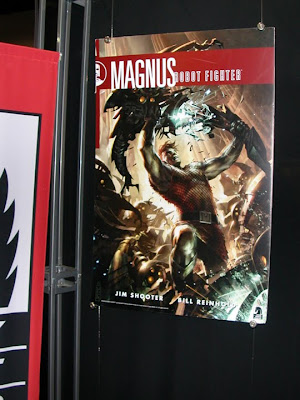 Throughout the booth they had various posters for their different books including Turok, Son of Stone and Magnus Robot Fighter. 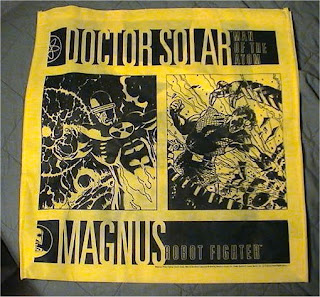 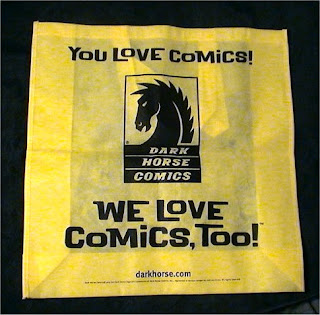 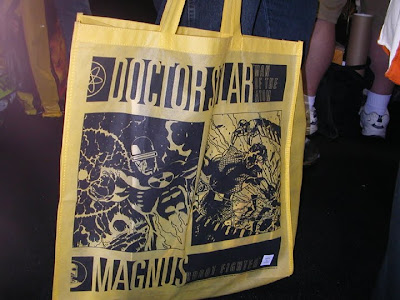 Dark Horse was giving away a few hundred of these yellow Doctor Solar/Magnus Robot Fighter bags every morning.


They were also giving away this double sided Doctor Solar/Magnus Robot Fighter poster.


The Dark Horse give away book this year featured a Doctor Solar cover. They were also giving away tons of Doctor Solar badges (pictured above if you look carefully) and a few Magnus Robot Fighter badges (but those were rare and very hard to come by - not pictured).

UPDATE: Finally, got my hands on a Magnus Robot Fighter badge/pin. Had to pay through the nose but its worth it to have both pins. Here's a picture: 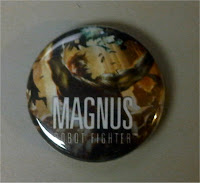 --UPDATE OVER--
Now check out these prices for Valiant books at the various retailers that were present at San Diego. 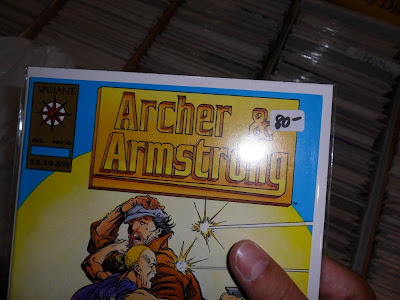 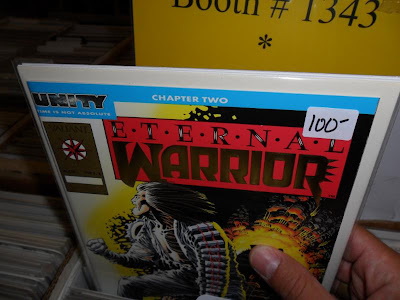 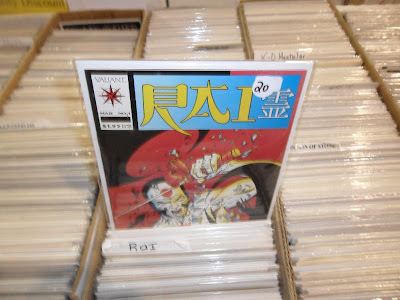 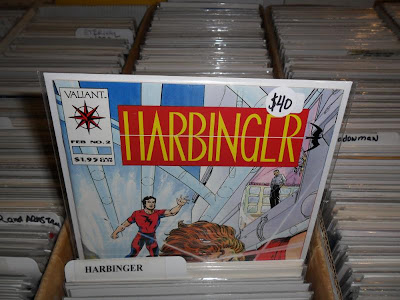 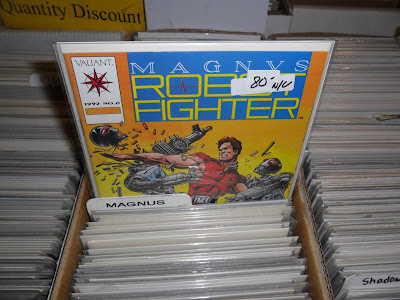 Magnus Robot Fighter #0 without card for $80 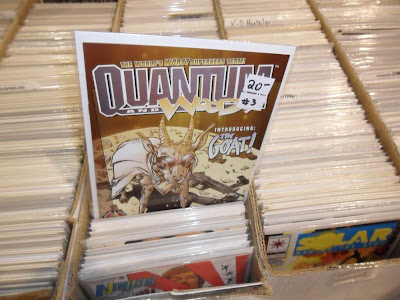 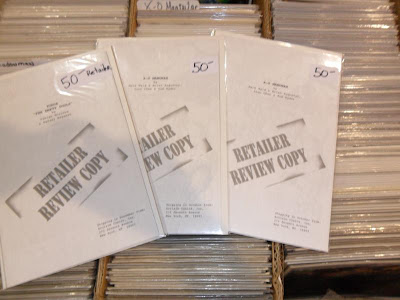 A few different Retailer Review Copies for $50 each
at 9:03 PM 0 comments