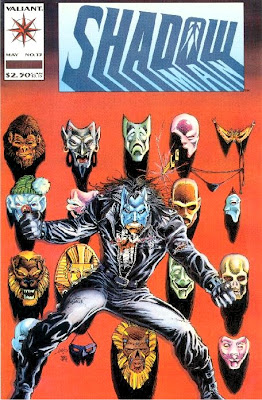 Lastly, the very top of the photograph shows something that has a white background and what looks to be red blood dripping in the image. I have no idea WTF that is...please email any guesses. There is also a yellow tack and a page from a lined yellow legal pad on the board but I don't see anything particularly exciting about either.
Computer
The bottom half is of a average looking computer (Mac laptop? Notice the Mac icons on the top right of the screen) with an older version of Microsoft Word open and a file named 112111.dox displayed. The only thing we can see from the files contents is: "RBING".
So what does the 112111 file name mean? I'm going to guess that it's a date and not a catalog number. If that's true it refers to the date November 21st 2011 -- just 3 days before the photo was posted on the blog. And what does the RBING mean? Probably part of the word HARBINGER (dun dun dun!). So can we surmise that this document is a pitch of script for Harbinger and was turned in to Valiant on November the 21st? It would certainly make sense if the slanty eye'd dude (racist!) on top was Toyo Harada.
Conclusions
Whatever the main image is, it looks damn interesting and pretty freaking cool. Also, the Man of War Tumblr continues to provide a surprising and mysterious look into the work being done by Valiant Comics for the 2012 return of comic books.
Stay tuned for more analysis of previous posts. I'm looking forward to searching them for clues.
at 10:39 PM