Just found this un-used cover to Predator vs Magnus Robot Fighter #2 a.k.a PvsM by Barry Windsor-Smith a.k.a BWS at Romitaman.com a.k.a. Romitaman.com! Check it out: 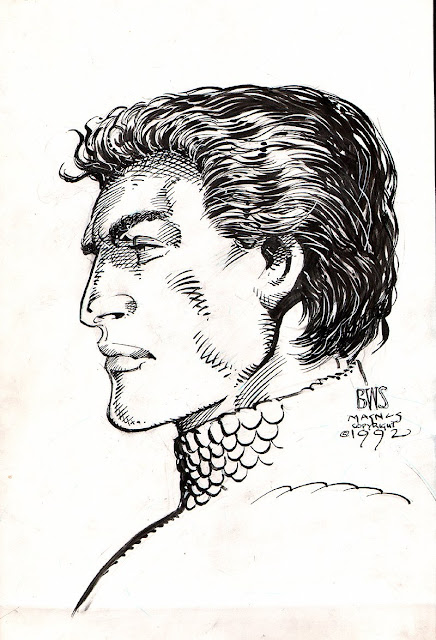 The piece has already been sold and I can't find the sale price. If you know the price or own the art let me know.
at 9:10 PM