Harbinger is the second title!

Oh happy day!  Valiant has announced the second title in the relaunch and it's Harbinger! This is the book that propelled Valiant to number 3 and if done right could once again shake up the industry.  Check out the press release below:


Skipping across America in a desperate attempt to stay ahead of the authorities, Peter Stanchek is learning that he’s much more than an out-of-work and on-the-run teenager; he is in fact a psionically-powered “harbinger” with the potential to change the course of human history. Now, respected philanthropist and fellow psionic Toyo Harada has come to guide Peter out of harm’s way and teach his new pupil what it truly means to wield power. But Harada isn’t as charitable as he might seem — and the repercussions of these two superhuman harbingers coming face to face might shatter the very planet he hopes to save.


“The idea of really getting a chance to dig in and build an epic mythology populated by a fully-realized cast of characters, all centered around Jim Shooter and David Lapham’s original premise, is super-exhilarating to me,” said Dysart. “I’ve been looking for a book to write that could be dark, weird, trippy, fun, real, unreal, violent and thematically ambitious. All the things I look for in fantastic fiction myself. Harbinger is that book, so I’m pretty damn excited about it.”


Added Evans: “From page one, this has book has been a total blast. It’s a story that begins with Harada and Peter, but soon escalates to include so much more. Working with this cast has been a lot of fun.”


One of the founding titles of the original Valiant Universe, the first Harbinger series was one of the most critically acclaimed super-hero titles of the 1990s and spawned one of first fanatical followings of the modern age of comics. Now, at the hands of the Eisner Award-nominated author behind Unknown Soldier and the fan favorite penciller of Carbon Grey, Harbinger is receiving an unflinching modern update.


“Peter Stanchek and Toyo Harada come from diametrically opposite places in this world. Peter’s a broke, disillusioned 18-year-old who sees the American Dream as nothing more than a fiction from another time. Toyo Harada is a self-made billionaire who’s watched the promise of the baby boomers disintegrate into self-interest. These two are inexorably linked by their extraordinary powers, but just because they share a bond doesn’t mean they share an ideology,” said Valiant Executive Editor Warren Simons. “Their eventual collision is unavoidable.”


The generation with nothing to lose is about take on the man who has everything — and no one will escape unscathed. The war for the future of the Valiant Universe begins here this June, only in Harbinger #1!


Lots of good information here. The creative team is not mainstream which is perfect. Dysart's Unknown Solider is one of the best written books in recent memory, and his subversive bent will serve Harbinger very well. Looks like we have confirmation of another talking cover too!

Check out the gorgeous preview art: 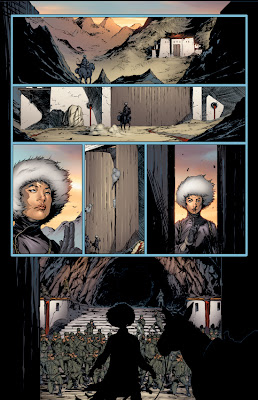 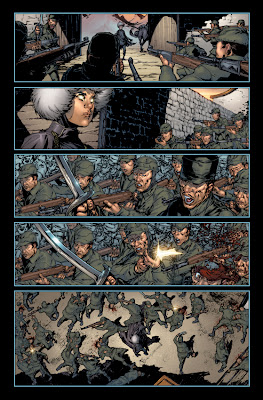 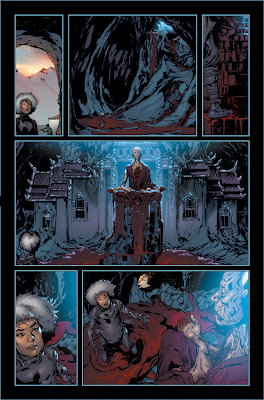 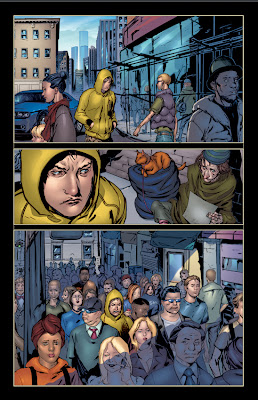