Former Shadowman writer and artist, Bob Hall has a number of black and white Valiant sketch cards for sale at his http://www.catskillcomics.com/BobHall.htm. They are a little to shadow-y for my tastes but for the low low price of $25 each you really can't go wrong. He also some a ton of Shadowman pages and even Armed & Dangerous (a great little book which Valiant, or should I say Acclaim, published) pages for sale!

The characters on the sketch cards include Sting, Zephyr and Toyo Harada from Harbinger, X-O Manoawr, Shadowman, Bloodshot, Magnus, Solar, Master Darque and Sandria Darque from Shadowman, Archer & Armstrong, Turok and Doctor Mirage. I love the Turok. The one of Harada looks so great because its the version of Harada we saw in the Origin of Toyo Harada story from Harbinger: The Beginning! Sting's composition could be better. X-O and A&A just looks bad. I like the bit of color of Bloodshot. Too much shadow on the Shadowman ones (can you even have too much shadow on Shadowman??) Gold Key Solar is nice to see. Rest are so-so. 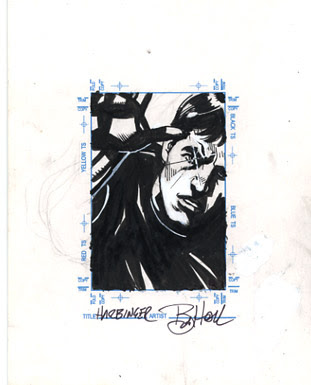 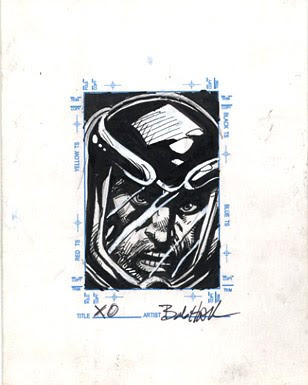 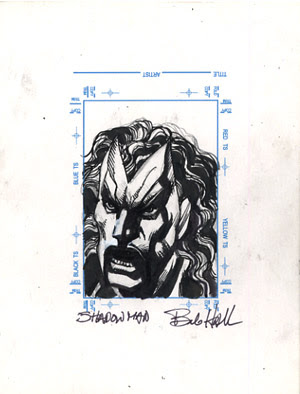 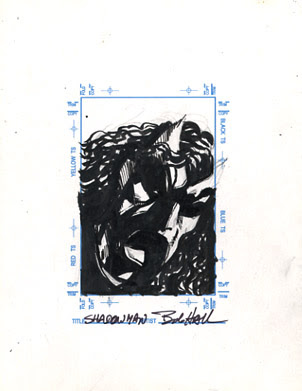 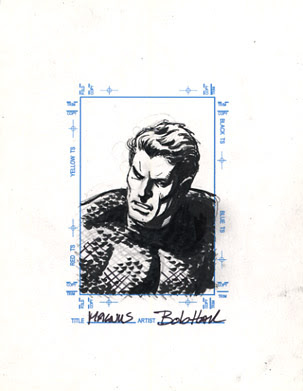 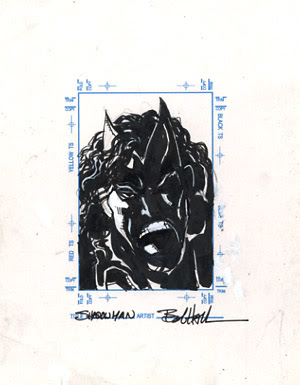 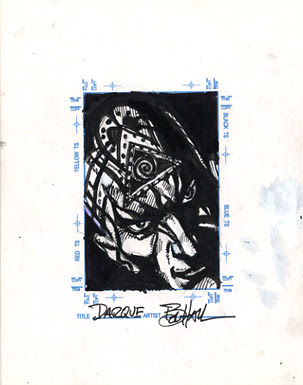 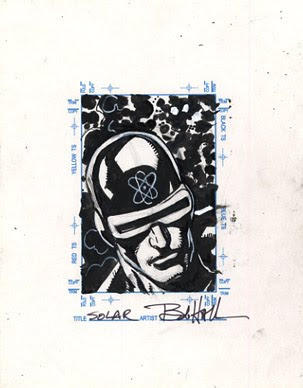 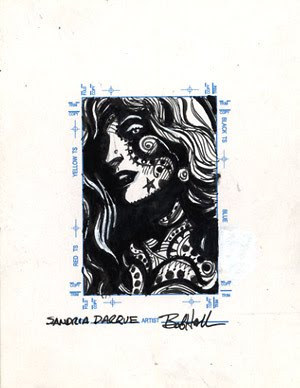 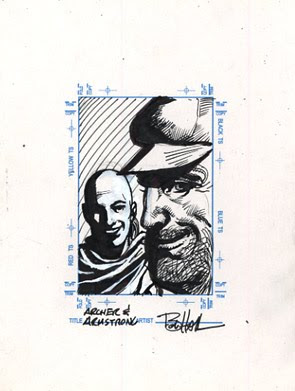 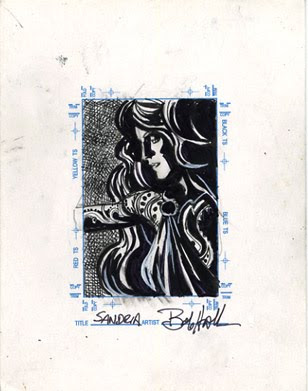 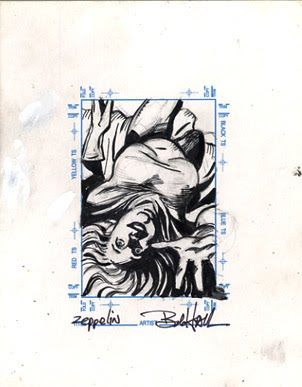 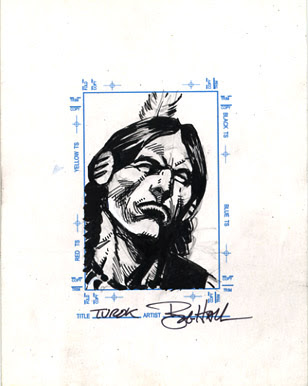 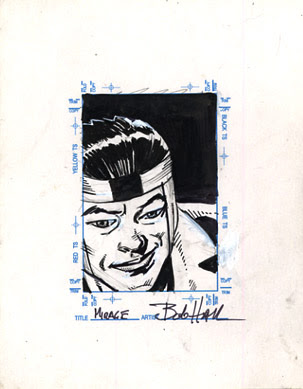 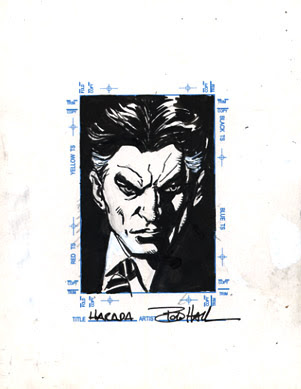