OMG a second installment of a feature here at All Things Valiant OMG! Yes, it does happen occasionally though this is a bit of a cheat since I was originally going to make this and the last post one big post. You see the similarities between Zapp Brannigan and Magnus Robot Fighter & Radioactive Man and Solar: Man of the Atom are linked. Both Futurama and The Simpsons are creations of one Matt Groening, and both are produced and distributed by the Fox Broadcasting Company. The shows even share creator teams It should be no surprise then that they both share a love for the Valiant Universe and both create homages to the Valiant characters.

Now, feast your eyes on the true origin of Radioactive Man 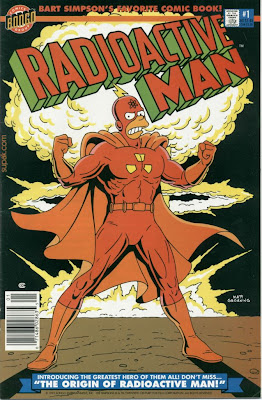 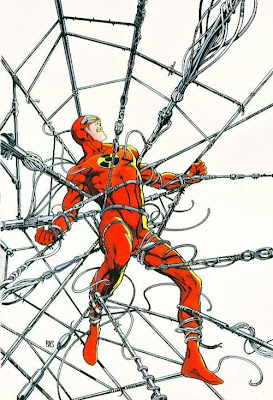 All you have to do is streamline the costume (remove the cape, the lightning bolt, the symbol on his head and the belt), add a visor, maybe invert the chest logo and voila!
at 2:06 PM