I'm going to attempt to compile every scrap of information on the foreign import Shadow Man (two words because that's how the video game spells it and this is a statue based on the video game) statue in this post so please check back as there will be updates.

What is it?
A 16 inch / 40 cm tall (with base) cold cast resin statue of Shadow Man based on the Michael LeRoi version of the character from the Acclaim comics and video games.

Where was it avaliable?
Seems to have been avaliable only in Europe.

How much is it?
The original retail price is unknown but when one appears on eBay it usually sells for approx. $100 USD.

How many were made?
Unknown but it was a limited edition.

Who Made it?
Acclaim Entertainment German Division through a license with Muckle Mannequin. It was sculpted by Studio Oxmox. 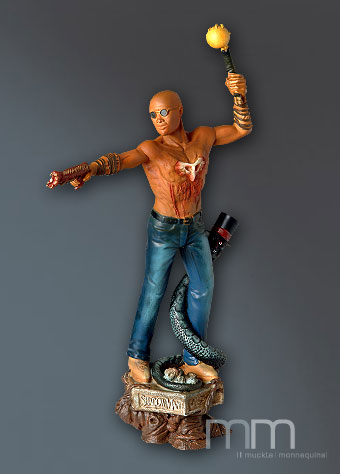 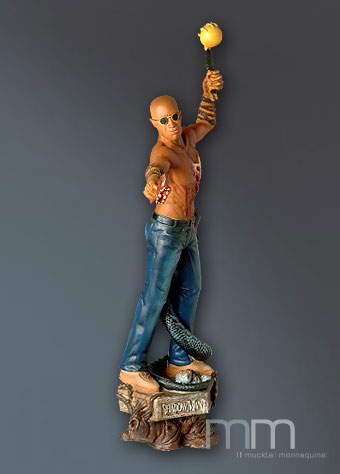 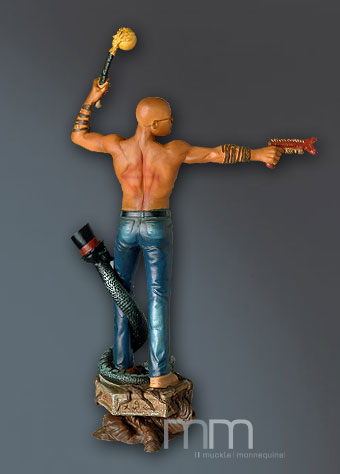 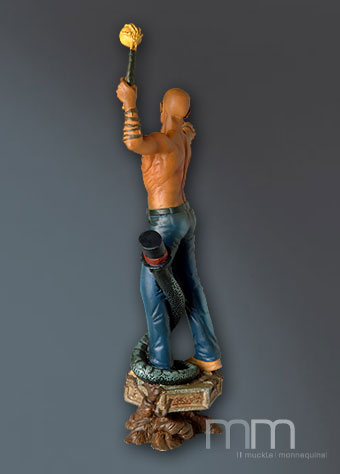 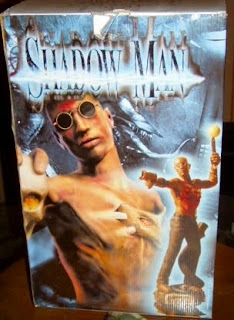 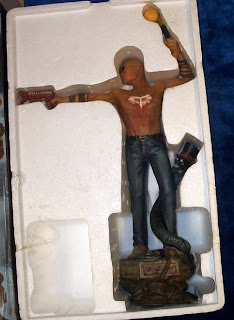 UPDATE: I found the Muckle Mannequin official website which still has some information on the statue: