This is a new segment in which I will offer up some of what I feel are the best moments in the Valiant Universe. In this first installment I endeavored to find a moment not commonly brought up in best of lists but one that still resonates.

As Magnus, Gilad and Rai approach the portal to the Lost Land they encounter a giant metal barrier. In order to get to the Lost Land and join the the forces fighting Mothergod and her plan of UNITY they must get past the barrier. Gilad first tries to move the lever but even with his immortal strength he can't budge it. Magnus, who can famously cut through metal with his bare hands, tries to punch through the barrier but he can't even scratch the metal. Rai is the only hope left. Forming a spirit sword he decimates the barrier. At once we learn the power of the Rai energy and how it stacks up against Magnus and the Eternal Warrior. Rai will clearly be a force for Mothergod to reckon with in the coming UNITY battle. 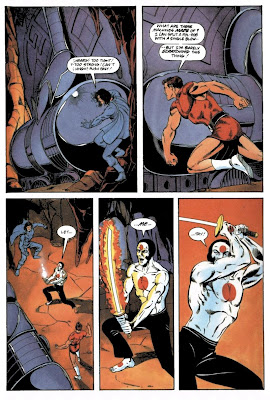 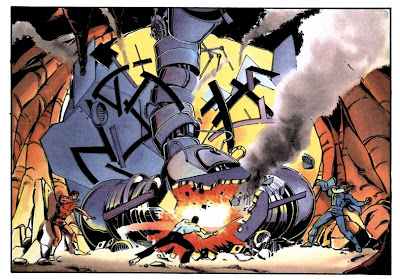