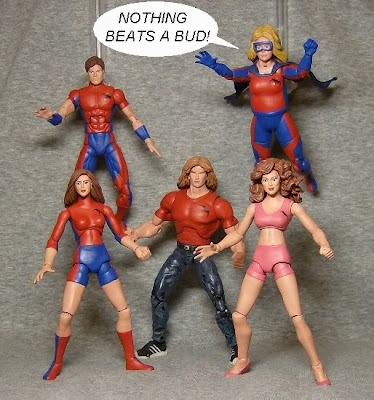 First up are the Harbinger kids and they look great. They all look great but Zephyr is the stand out with her googles, hair and figure all perfect. I have to single out Torque too. His hair, shoes and body type are also perfect. Love the decal work on the uniforms. I do wish the creator had given Kris a belly though. It would be great to have seen a pregnant Kris figure.

Harbinger is not complete with Toyo Harada, possibly the greatest written antagonist in the Valiant Universe. According to the creator, this was an easy custom figure to build and required only a Professor X figure with some sculpted hair and wrinkles and a quick face paint job to give him that Asian hue. Looks great. 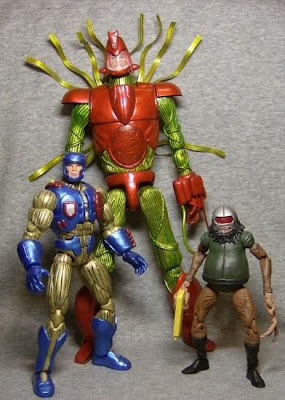 Next we have X-O Manowar, Rexo and a Spider Alien. The detail on these is unreal. I absolutely love the X-O Manowar custom figure and wish I could buy it. I can feel its presence. It really shows you how great Barry Windsor-Smith's design work is on the character when you see it in 3D. Rexo has lots of nice detail but looks a little awkward and a little too tall. The plastic face plate and the tendrils are nice but overall the figure looks like a nice custom. The Spider Alien is better and I really like the hands which I believe are from a Lady Deathstrike figure. Interestingly, seeing that one in 3D shows how even Barry Windsor-Smith can design bad characters. Very cartoon-like. 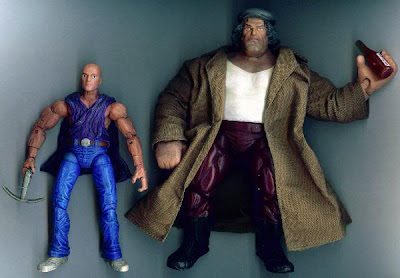 Archer & Armstrong are next and the creator has made two versions of both. I really love the first set. I don't know exactly why. They are so clearly custom and the features are too extreme. Maybe its because you can feel the love the creator has for the characters coming across. 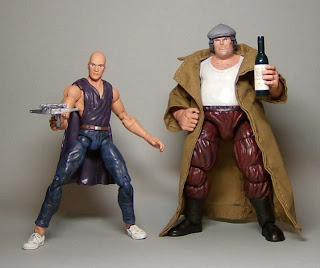 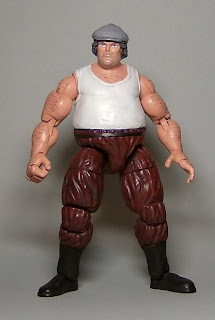 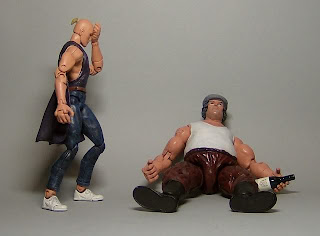 The second set is better. Archer looks amazing. The detail on his cross bow, the folds on his tunic and the many points of articulation make him one of my favorites. Armstrong works nicely too but his coat is too big. He looks much better without it. The Windsor-Smith wine bottle is a fun touch too. 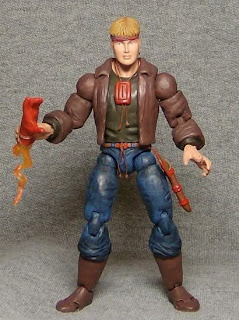 Geoff the Geomancer is another skillfully created custom figure. The clothing and build are just right. His hair, face and bandanna are perfect. The axe is a great touch. But I love the Solar hand and trail of energy. 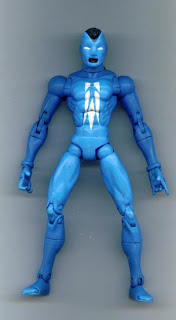 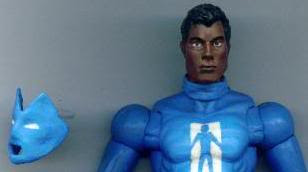 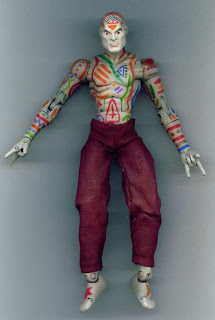 The Shadowman family is also very nice and the creator has even done two versions of the original Shadowman costume, two Master Darques, one of the new costume and a Sandria Darque! His first version of the original costume has a removed mask. Its quite nice. His first version of Master Darque is very custom looking. The head is too big and has a strange expression and the body type is a little off. 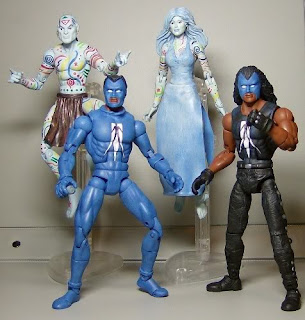 His second versions and the new additions though are really nicely done. 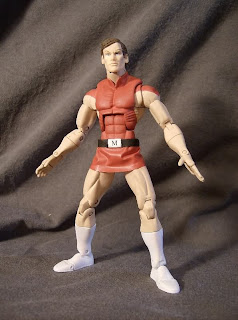 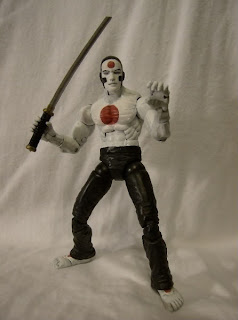 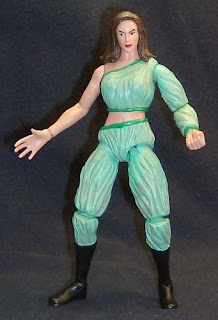 Next up are Magnus, Rai and Mothergod. I'm not a fan of this batch. Magnus is decent but has the wrong hair and face. Rai looks like a custom. Mothergod is the best of the bunch and he's done a nice job on her clothes. 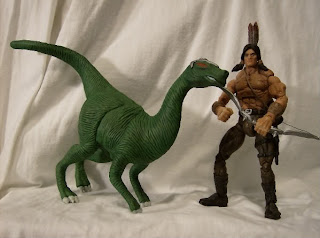 Here are Turok and a dinosaur. I have never been a fan of Turok and these are terrible but worth a look for amusement if nothing else. Sadly, they look like they took a lot of effort. 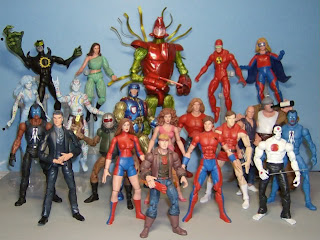 I've left a bunch of additional Valiant customs by the same creator out but you can see a few here in a group shot. The same creator has also made a couple of Solar: Man of the Atom figures, another X-O Manowar, a Bloodshot, a Doctor Eclipse, and a Solar the Destroyer among others.

Overall a spectacular job. I hope he keeps making them. I would like to see his versions of Gilad the Eternal Warrior, Ninjak, Quantum & Woody and even Doctor Mirage and Carmen.
at 3:48 AM