The start of another new series here. This time I'm going to be highlighting Valiant advertisements from the past. To start us off here is one of the first (maybe the very first?) advertisements for The Eternal Warrior series. This ad appeared in a number of Valiant books prior to the UNITY crossover and features a nice piece of art by Barry Windsor-Smith. I think the only other time this art has ever published has been in the Valiant Era I trading card series where it was part of the Unseen Art chase card set. If I was to guess I would say the art was probably one of the very first pieces created of the Eternal Warrior and was used to get all the creators to agree on a look.

Also, check out the font for the old Valiant logo lettering! 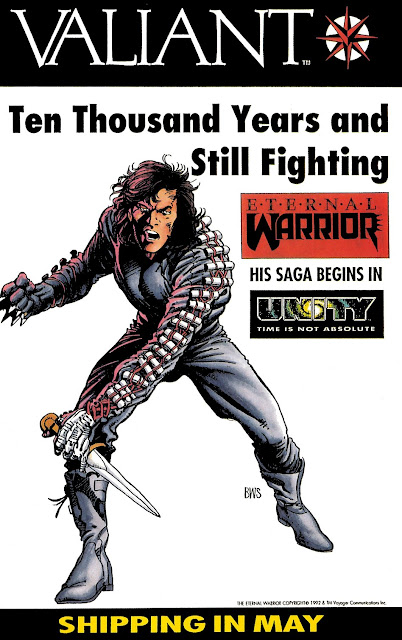