Best Moments - What would Shadowman do?

I love this scene from Unity because it's so damn crazy and because it deals with something a lot of superhero books don't. That is the problem that alter ego faces when he can't hide behind the superhero.

It's daylight and Jack Boniface is afraid. Just as you are I would be, Jack is afraid of charging into a war he knows nothing about. He is afraid of the only plan he can think of to escape - break the window and jump out of a skyscraper. As Shadowman Jack has no fear. But Jack is only Shadowman at night. So Jack must ask himself...What would Shadowman do. 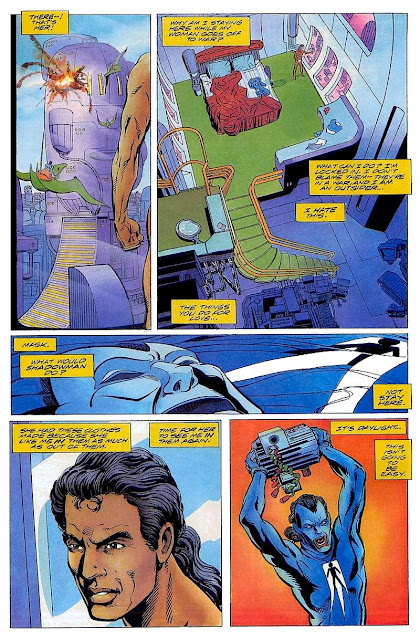 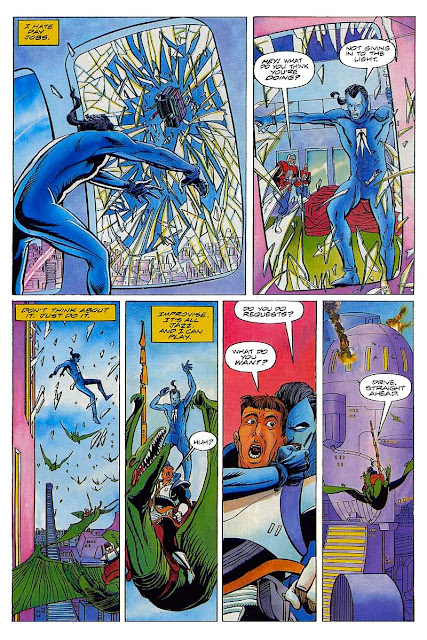