Some blog called Fluit Notes created an alphabetical list of their 100 Greatest Comic Book Characters of the Past 20 Years in two parts. The writer admits not having read many Valiant comics but does list two on the list - The Eternal Warrior and X-O Manowar. 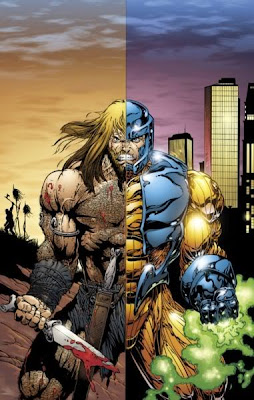 Check out what he has to say about each in the below exceprts.


The independent companies of the 1990s were often accused of copying the heroes of the Big Two.  But, on occasion, their versions were superior.  Marvel had Gilgamesh, the forgotten eternal one.  Valiant had Gilad, a hundred lifetimes of experience in someone who didn’t seem out of place in the modern world.


X-O Manowar was a medieval barbarian abducted by aliens who escaped with a super-suit and showed up in the modern world.  Simultaneously ahead of and behind the times, X-O Manowar was the best of the iron heroes.