Is this the Valiant Age? In 1993, Valiant dominated the sales charts, the back issue bins, the hottest books list, the water cooler talk at comic shops and the comic book press in a way only one other universe of characters has - Marvel Comics in the 1960s (when Stan Lee and Jack Kirby were building the empire that dethroned DC Comics). And in 1993, Comic Book Collector magazine ran a pretty good article all about how popular Valiant was that year (I'll probably scan it and get it up here one day) in an issue that featured a cool Ax (in X-O Commando armor) fighting Bloodshot. 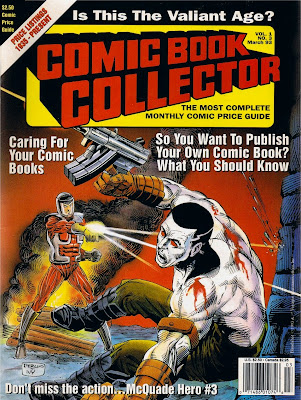