Got a nice unpublished Ninjak cover by none other than Rags Morales (Turok: The Dinosaur Hunter, Identity Crisis) for your viewing pleasure today.  Morales is a big shot artist these days but he got his start at Valiant Comics and began making a name for himself by illustrating Turok: The Dinosaur Hunter - legend has it that he used to dress up like a Native American when he drew Turok to try and get in touch with his inner Apache...Anyway check out the cover below. 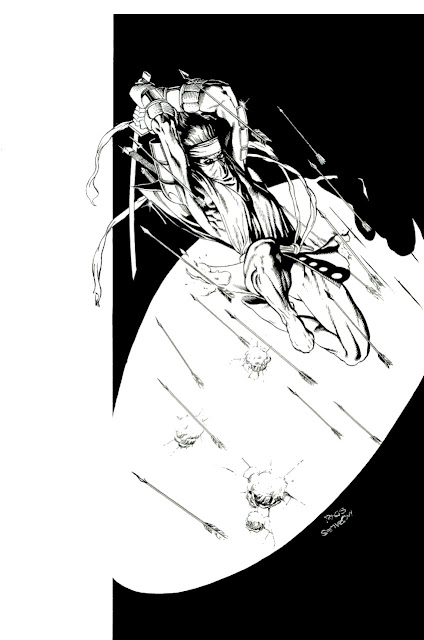 And here is the original file I had sans my photoshop magic. 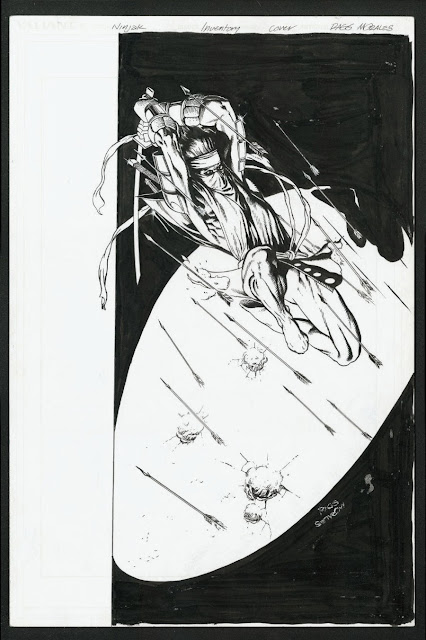 So why was this cover created and what was it intended for? The information on the top of the page tells us its an "Inventory" cover. Now, Inventory issues are popular with the big publishers (Marvel Comics, DC Comics, Valiant Comics, Crossgen Comics) on books that are true ongoing series. They are stand alone stories that are written and drawn by creators outside the books regular team, often by up and coming creators (as is this case here), and are created in case the regular team misses its deadline. Instead of having a book ship late, which can cause a myriad of problems for the publisher, the inventory story is used. Archer & Armstrong #9 is a good example. Barry Windsor-Smith is notoriously slow at creating his amazing artwork and in between the double sized Archer & Armstrong / Eternal Warrior #8 and Archer & Armstrong #10 another creative teams inventory story (having nothing to do with the story that was being regularly published but also not contradicting things too much) was shipped. Inventory stories are regularly created and kept in files in case they are needed a year, two years down the road. Often times they are never used!
at 3:05 PM