I'm continuing my lazy posts with yet another scan of a Valiant advertisement.  This one comes from the 1992 Valiant Marketing booklet that was handed out to retailers. To get them excited for Rai #0 (arguably the greatest single issue Valiant has published to date) they published the following print ad. 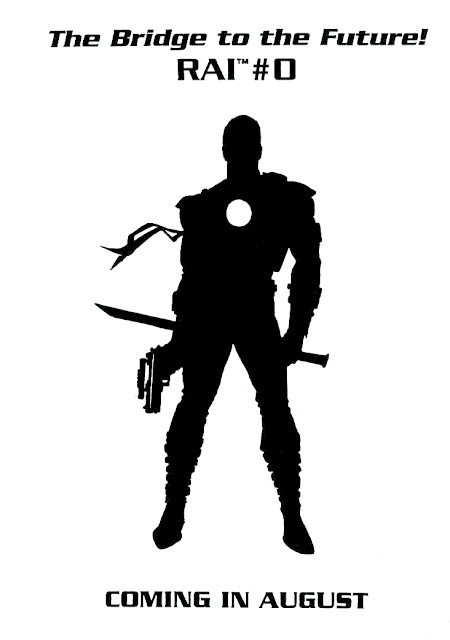 Pretty cool huh? The Bridge to the Future! But why? Because Rai #0, unlike most of the other zero issue Valiant books which feature origin stories, is a bible or road map for a number of major events in Valiant's future. From first appearances to deaths, Rai #0 give the reader snippets of what was to come. Talk about ballzy writing! Also, there's that silhouette again.
at 5:32 PM