Check this old school advertisement for the debut of the monthly Rai comic book by Valiant Comics. 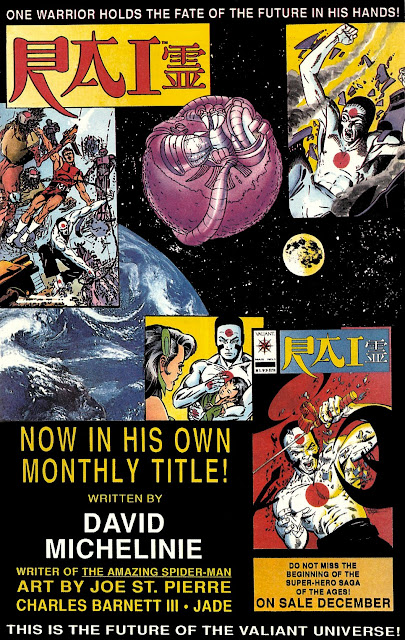 One thing they were definitly trying to communicate it with this advertisement is just how unique the series was going to be. Check out the giant purple ball creature in space (that we know is the orbiting dragon form of Grandmother), the image of our super-hero with a baby and wife, the space setting and the plug that "This is the future of the Valiant Universe". Magnus appears in one of the images to, I assume, lure Magnus Robot Fighter readers. Interestingly, the Valiant logo is not prominent.
at 4:33 PM