Three posts in a row related to the color white! Solar, Man of the Atom #10 is a seminal issue in Valiant comics history. It was the first Valiant book to really break out and gain the attention of the masses. The all black cover was striking and perfectly apt considering the story (no spoilers here, I'm saving that for a post all its own), the first appearances of the Eternal Warrior and the Geomancers made the issue a back market collectors item (it reached prices well over $100), and it was the first Valiant comic to have a second printing published. Valiant very successfully marketed gold, platinum and even red editions of its comics to collectors but for some reason there has always been a rumor that a white edition exists of Solar, Man of the Atom #10. Let me clear this up now...IT DOES NOT! This rumor may have to do with the mystic surrounding Valiant in its early days. The company succesfully used hidden first appearances of its new characters to create a back issue feeding frenzy, had very low print runs when it was just getting started leading many readers to not be entirely clear what existed (See the Rai #0 glossy edition), was famed for creating and marketing additional material that was available through unique channels (Harbinger #0, Magnus Robot Fighter #0, UNITY #0), and was simply just a company that was doing some many new and exciting things that people didn't know what to expect them to do next.

All is not lost though, despite the fact that a white edition of Solar, Man of the Atom #10 does not exist we can marvel at what it would have looked like via the wonder of Photoshop: 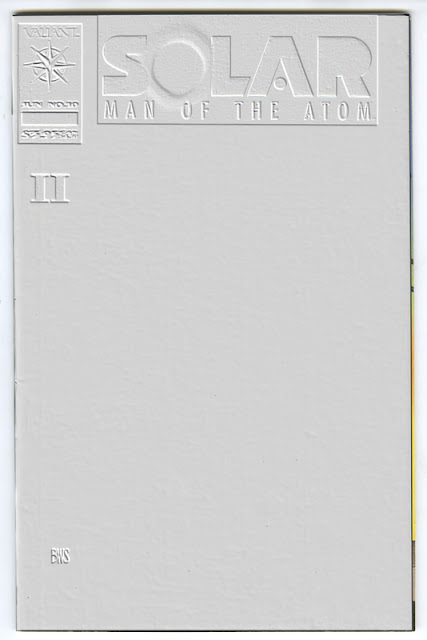 This image is guaranteed to be sent around the internet without the accompanying text from this post and eventually provide 'proof' to those that insist a white edition exists. To try and avoid this I have attempted to name the file appropriately!

UPDATE: Looks like I'm not the only one with Photoshop: 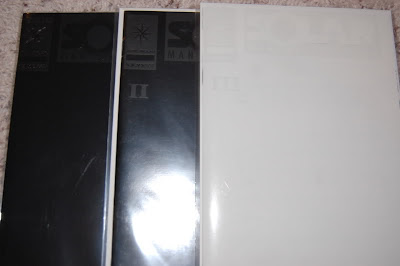