Before Diamond Comics Distributors alone ruled the land of comics distribution there was a time when comic book distributors where plenty. Upon this age appeared Capital City Distributors who then-st produce-st-ed ... a magazine called Internal Correspondence (yeah, I gave up on whatever it was I was just doing).The December 1994 issue of the (I believe) quarterly magazine features a cool Christmas image of Bloodshot and Eternal Warrior (why are these guys always hanging out together) drawn by Sean Chen. 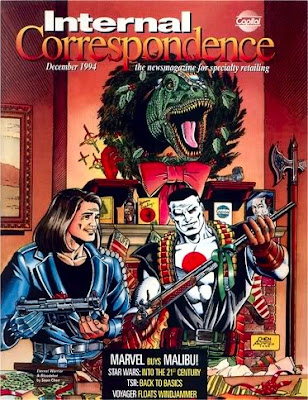 I love all the Christmas presents in the background.  Here's a quick list:
Now, as a bonus here is a scan of the original art for the cover of Internal Correspondence December 1994: 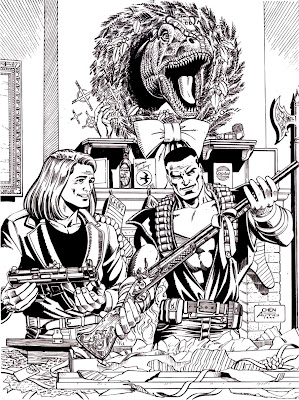