A lot of Valiant books will start with splash page (a full page of art instead of a series of panels). These are called page one splashes. I love them because they are so encompassing that it doesn't matter what is going on in your life, once you open the comic to that page one splash you are drawn into the story. 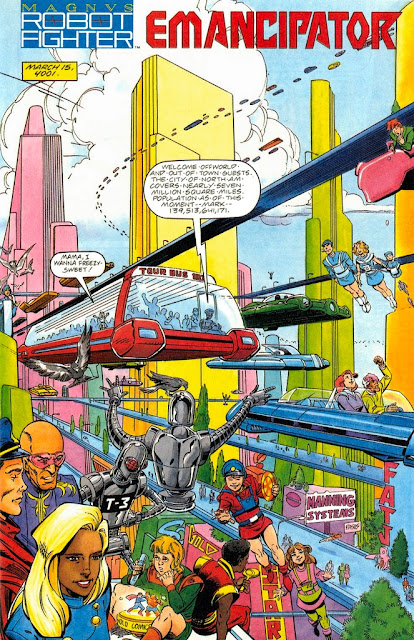 What's great about this page is that you are immediately sucked into the world on NorthAm - it's the world we know but far in the future; people are still people but they seem to have robot helpers; technology is far advanced; society is now Utopian(the biggest problems the locals face are falling ice cream, reading too many comics and doves getting in the way of your commute); architects love jewel colors.

Things to note on this page
UPDATE: Found a scan of the original ink art to this page. 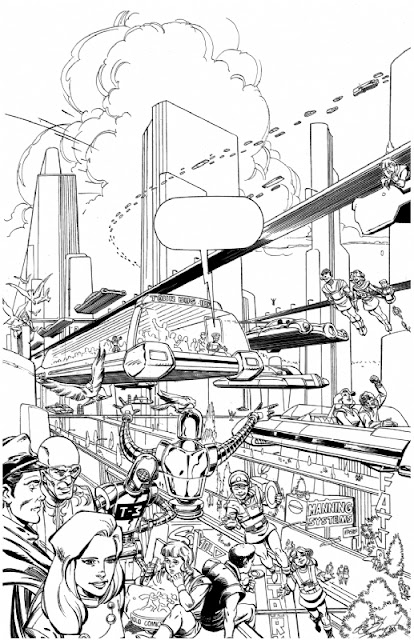